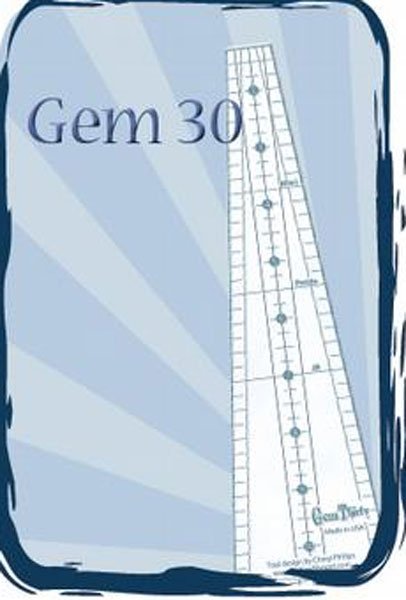 Three Gem Thirty pieces sewn together makes a Gem Ten. When you substitute a three pieced Gem Ten in the existing designs you add a whole different flavor to your projects.

You can also divide the Gem Five into six sections.

Surprisingly simple project for a final project with the illusion of complexity. In other words, it looks like you've worked harder than you really had to!

The project includes a template for the background pieces, although using a Gem Ten tool makes it much easier. As it's name implies it takes thirty pieces to complete a "circle".